The Atkins Diet, officially called the Atkins Nutritional Approach, is a low-carbohydrate diet emphasizing protein and fat as the primary sources of dietary calories.

This diet is promoted by Robert Atkins, an American physician and cardiologist. Its goal is weight loss and improvements in many weight-related health issues. 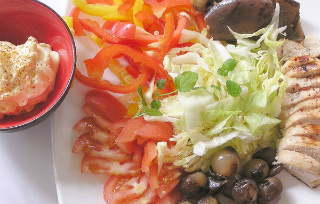 The Atkins Diet launched by Dr. Robert Atkins in the '70s, has been reworked in a new book "The New Atkins for a New You: The Ultimate Diet for Shedding Weight and Feeling Great,” authored by Dr. Eric Westman, Dr. Stephen Phinney and Dr. Jeff Volek.

Why an Atkins diet is likely to cause constipation

Induction is the strictest period of The Atkins Diet.

•    Insufficient dietary fiber: Most carbohydrate-rich foods such as whole grains, fruits and some veggies like sweet potato and carrots are avoided in the Atkins diet.

Fiber aids digestion and regulates bowel movement. The Academy of Nutrition and Dietetics recommends getting 20 to 35 grams of fiber a day for adults. The Atkins diet allows one to have small amounts of carbohydrates from cheese, salad dressings and certain beverages.

But these foods don’t contain fiber. Most of the carbohydrates in the typical American diet are provided by whole grains and fruits. Both of these are both severely limited on low-carb diets.

•    Meat and dairy products are allowed on The Atkins Diet. These are more difficult for the body to digest. Because of this they tend to spend more time in the colon, during which time they tend to dry out, become hard, and difficult to pass. Another word for this: Atkins diet CONSTIPATION!

•    Dehydration: eating less carbohydrates can have a diuretic effect, especially when just starting on a low-carb eating plan. Dehydration can result if insufficient amounts of fluids are taken in.

Protein is processed and broken down by the liver and kidneys, and both these organs use water to complete this function. This extra water usage can cause dehydration. Dehydration causes stools to harden, making them difficult to pass.

•    Pain and suffering: Finally, straining and hard stools cause anorectal pain and discomfort which can lead to unconscious avoidance or delay of defecation. When this happens, the severity of constipation increases; therefore we have Atkins diet constipation woes.

Another school of thought, however, disagrees with the above conclusions regarding Atkins diet constipation.

This is advocated mainly by the supporters of the Atkins diet.

It’s believed that constipation is not due to the lack of carbohydrates, but to the types of foods chosen and how those foods affect certain individuals.

The New Atkins diet program suggests eating 15 of the 20 daily carbs of foundation vegetables such as spinach, dark leafed lettuce and other high fiber vegetables. These vegetables are high in fiber, which helps keep bowel movements regular.

They are perfect for the first two weeks of the diet. In the new Atkins Diet, followers are allowed to eat more vegetables than ever, by discounting grams of fiber from the total grams of carbohydrates. The book's authors refers to these as "net carbs."

The new Atkins diet still remains rich in fat and low in carbohydrates.

Most of the medical community remains concerned about the increased levels of protein and fat consumed while following the Atkins plan. In addition to constipation it can cause other longer term health problems, like high cholesterol levels, heart disease, and kidney stones.

Bowel cancer is more likely to develop when people eat a lot of animal fat and there is slow-moving transit of food through the gut.

Helpfulness of a magnesium supplement

1.    A magnesium supplement will help draw water into the intestines, which makes the stool wetter, softer and easier to expel to help offset the effects of the Atkins diet constipation.

This may help to relieve the bloating and constipation caused by following the Atkins diet. Make sure to drink plenty of water to keep from getting dehydrated.

2.    During the Induction phase of the Atkins diet there is a strong diuretic effect, which means the body will lose a large amount of water weight, along with electrolytes, including potassium, magnesium and calcium.

A sea mineral magnesium supplementation can help replenish these, as well as other beneficial trace minerals.

3.    Close to 80% of Americans don’t get enough magnesium in their diet. Therefore a magnesium supplement has some potential health benefits.

As with any over-the-counter remedy, talk with your doctor before starting on a magnesium supplement.

Those with kidney disease should not take a magnesium supplement unless instructed to do so by their doctor.