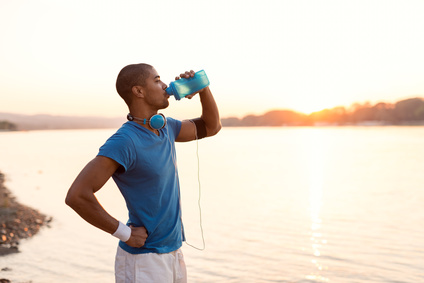 When re-hydrating, it is important to replace lost electrolytes as well as water in order to avoid symptoms caused by electrolyte imbalance. Sports drinks are the most common thing used for re-hydration by athletes or those who sweat a lot on the job. However, most of these fall short in electrolyte replacement

The best electrolyte drink should contain at least chloride, magnesium, potassium and sodium. Besides these, what about trace mineral electrolytes that are lost through sweat? Though only needed in trace amounts, they are also important.

The Need for Rehydrating the Body

How electrolytes are lost

However, most individuals lose these essential electrolytes because of their active lifestyle. Daily exercise or participating in sports can provide numerous benefits to the body. However, if we aren't careful, it can also cause us to lose important electrolytes.

Drinking water can quench our thirst and minimize dehydration, but how will we replace lost electrolytes?

It's important to find the best electrolyte drink for the body.

Symptoms for these two types of dehydration are somewhat similar, in that a person will experience:

Though symptoms may be similar,  in hypotonic dehydration cells are shrinking and cerebral edema is most likely to develop.

In either of these types of hydration, it is important to replace electrolytes in order to prevent the above complications from happening.

Re-hydration of the best drink form should include a complete electrolyte solution to meet the needs of the body.

When taken over time, cells and tissues will be replenished and normal electrical impulses will be revived.

How Effective Are Sports Drinks

Many belief that the best way to rehydrate the body is through sports drinks like Gatorade, Poweraid, Endurox R-4 or others.

Convenience is one of the reasons why a lot of individuals drink sports drinks which are not the best drinks for electrolytes. Besides this, they are heavily advertised, and widely available in grocery stores.

Though these sports drinks contain two or three essential electrolytes, most of them are loaded with sugar. For instance,

This is significant, since high sugar content alone can contribute towards health concerns, including diabetes, weight gain and the damage of tooth enamel.

Adding to the health concern are the preservatives, artificial colors, artificial flavors and artificial sweeteners that many sports drinks contain.

A lack of key electrolytes

Most sports beverages do not contain a balanced amount of electrolytes, therefore they are not the best form of electrolyte drinks available. Most of them offer sodium and potassium, but not magnesium, phosphorus or trace mineral electrolytes.

Electrolytes function together and balance each other out, ensuring that the metabolic reactions are continuously taking place. But relying on sports drinks for rehydration may be detrimental, since they only supply 2 or 3 of the electrolytes.

The Importance of Electrolytes

Chloride is one of the major electrolytes in the body. It works together with potassium and sodium for the conduction of electrical impulses.

It is a negative ion. Amazingly this one element represents 0.15% of the total body weight.

Magnesium is needed in over 300 enzymatic reactions in the body and is an amazing thing to include into the best kind of electrolyte drink.

This positively charged electrolyte serves a number of functions, including:

Without magnesium, it would be impossible to have a normal sodium-potassium ATPase pump and calcium homeostasis.

This mineral is important in DNA processing, especially in eliminating damages brought about by environmental mutagens.

Furthermore, all components in connective tissues like collagen, proteoglycans, elastin and glycoproteins are dependent on magnesium. Thus, a deficiency of magnesium can have a major effect on these bodily processes.

When we lose body fluids, we lose magnesium. Why is this important electrolyte not included in popular sports rehydration drinks?

A major deficiency of magnesium can actually be fatal, as it can accelerate atherosclerosis, asthma, psychiatric and neurological illnesses.

Potassium is an essential electrolyte that is important for:

Although it works synergistically with sodium, it also plays an important role for fluid level regulation and helping to maintain the acid-base balance in tissues and blood.

A deficiency of potassium makes muscle contractions and a regulated heartbeat difficult to achieve. 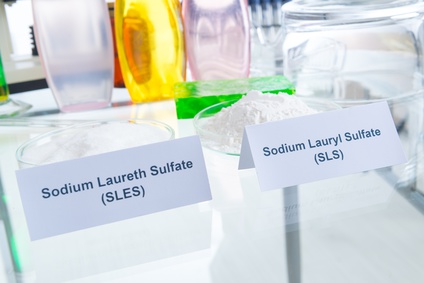 Sodium plays a vital role for muscle and nerve function. It is a major electrolyte for maintaining fluid levels in the body.

This electrolyte is the major salt in sweat. When there is a deficiency we are prone to develop weakness and muscle cramps.

Sodium is a positive ion, working together with potassium to create an electrochemical gradient and to ensure that there is proper:

The uptake and re-uptake of sodium in the small intestine is necessary for the absorption of amino acids, glucose, water and chloride.

Because it has a major role in maintaining normal fluid levels in blood plasma and between cells, the amount of sodium in the body can affect an individual’s blood pressure and volume of blood.

If there are changes in blood pressure, the circulatory system will immediately send signals to the nervous system in an effort to control the excretion of sodium.

Trace minerals don’t receive the same attention as the macro minerals, yet they may play a key role in health and longevity.

Dr. Maynard Murray spent many years researching the role of trace minerals in disease prevention. His ground breaking research found that there was zero disease in animals living in the middle of the ocean.

He believed the primary reason was the availability to them of the full buffet of elemental minerals which are naturally found in the ocean.

He did extensive research which contributes to the understanding that trace minerals are extremely important to health and to having the best kind of electrolyte drink available.

Unfortunately, with the advent of chemical fertilizers in the 1940’s, our soils have become quite deplete of most trace minerals. This makes it almost impossible to get needed trace minerals in the foods we eat.

When our bodies don’t have the needed trace minerals to start with and then we sweat and lose even more, it makes it doubly important to replace these trace mineral electrolytes.

The ocean may be the best source for these trace electrolytes.

To rehydrate, we need water and electrolytes.

Some researchers also believe we need a little sugar for the best absorption of electrolytes.

Here is a home-made re-hydration drink that may meet all of these needs.

Ionic Sea Minerals by itself has 90 mg. of sodium, which may be enough for many people.

Magnesium and potassium have a bitter taste. However, adding lemon flavor to the mix is a wonderful way to enjoy this homemade electrolyte drink.

In a taste test, Crystal Light Pure scored the highest. Plus it is all natural. But of course, each person is free to experiment to find the flavoring they like best.

The benefit of a sea mineral electrolyte product is that it is wholesome. No preservatives, nothing artificial, and no chemical ingredients.

If dehydration includes exposure to direct sunlight, lie down in a cool or shady place and prop up your feet.

Extra clothes should be taken off to allow our skin to cool down. Once comfortably in place, drink at least 2 liters of rehydration solution over the next four hours.

Drinking a re-hydration solution can help to relieve the symptoms of dehydration. However, complete replacement of lost fluids may take between 24 to 48 hours.

During that time, continue to drink a re-hydration solution until you feel adequately hydrated and dehydration symptoms have vanished.

Dehydration is a common health concern. It may get worse if not treated promptly, but it can be quickly remedied when the best electrolyte drink is utilized.