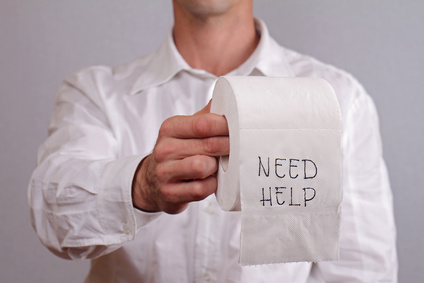 The color of the blood helps to reveal how serious the condition is.

The blood on the toilet paper may be bright red or dark, cherry red in color.

Causes of Blood After A Bowel Movement

Bleeding in the Lower Gastrointestinal Tract

These special veins are part of the body’s mechanism to seal off seepage from the rectum, but too much pressure on the pelvic floor causes them to enlarge. This pressure may be caused by straining during defecation or from pregnancy.

Hemorrhoids are characterized by extreme pain, a prolapse of veins outside the anus, and discharge of blood and mucus after passing stools.

Fissures are another common cause of rectal bleeding. Fissures are a split or tear in the lining of the anus.

The main symptom of this disease is blood mixed in or on top of stools.

Diverticula disease is caused by a weakening of areas in the colon wall, causing pouches to form. When fecal matter passes over diverticula, it can cause inflammation and bleeding.

An infection in the intestines can cause some bleeding. It is usually associated with other symptoms such as:

The most serious cause of rectal bleeding is colon or rectal cancer. This needs to be carefully and immediately evaluated by a physician.

Bleeding in the Upper Gastrointestinal Tract

A rupture of an ulcer in the stomach or duodenum can cause bleeding that may produce dark colored blood mixed in with stools. Such a rupture may lead to internal bleeding and require immediate attention.

Oesophageal varices (large distended blood vessels in the oesophagus) can also cause internal bleeding that may show up in stools.

It is important to carefully evaluate the symptoms of rectal bleeding to determine the underlying cause.

By far the most common causes of blood on toilet paper after bowel movements are piles and fissures. They are almost always do to hard, constipated stools.

Therefore, to prevent or treat hemorrhoids and fissures, focus on eliminating constipation.

There are some important keys to prevent constipation.

The symptoms of gastrointestinal infections usually last a few days. If the infection is severe that it may require antibiotics or an anti-parasitic medicine. These are usually fairly easy to clear up.

Bleeding from the upper gastrointestinal tract 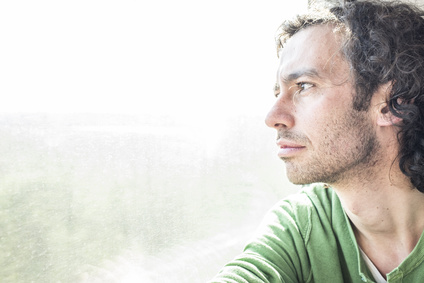 Colon and rectal cancer, diverticula and irritable bowel syndrome are medical conditions that require medical attention. See your doctor right away for proper diagnosis and to set up a plan of treatment.

Depending upon the underlying cause, blood on the toilet paper after bowel movements can be a serious concern or it may be nothing to worry about. If symptom happen more frequently, please see your doctor for proper evaluation and diagnosis.

(Return from Blood After Bowel Movement to Signs of Constipation)