Since there is no noticeable physical change to the colon, Irritable Bowel Syndrome is diagnosed by it’s symptoms. These symptoms include chronic abdominal discomfort, flatulence (gas) and bloating, and irregular bowel habits.

Although IBS has not been found to affect life expectancy, it is a source of constant discomfort and pain due to the unavailability of curative medication. Chronic pain and discomfort result in physical and mental fatigue, making it difficult to go to work every day.

The prevalence of IBS ranges from 8-25% worldwide and 10-15% in the U.S. Following is a light discussion about the major aspects of IBS as well as a note on the successful treatment of IBS-constipation using Mineral Magnesium Salts.

The classical symptoms of IBS include

Other common symptoms of IBS are

Some other symptoms of IBS are secondary symptoms caused by IBS, like

IBS is strongly related to anxiety and depression, which will be discussed later in this article.

The most common classification of IBS is simple and straightforward

The sudden onset of symptoms in a patient with a positive history of IBS is called post-infective or IBS-PI.

The following table further elaborates on the classification of IBS

Although the exact cause and mechanism of IBS are still unknown, there are a few things to keep in mind:

Some studies have supported that there is an active infection throughout the disease, but these hypotheses lack evidence, especially since no positive response to antibiotic therapy has been observed.

Irritable bowel syndrome is itself diagnosed only by way of exclusion. That is, there are IBS symptoms, and other diseases have been ruled out.

There are a number of conditions that have similar signs and symptoms to IBS.

Unfortunately, patients that have been misdiagnosed have undergone the following surgical treatments: 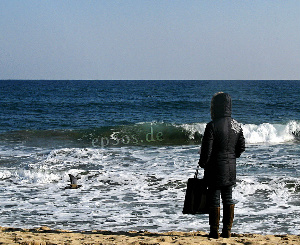 There are many conditions that have been associated with irritable bowel syndrome.

Some of them are the direct result of bowel habits alternating back and forth between constipation and diarrhea.

IBS-C or IBS-constipation - An advanced form of Constipation

In the U.S., IBS-C (constipation) is much more common than IBS-D (diarrhea).

During IBS-C, the periods of constipation can last anywhere from 7 to 30 days without any sufficient, satisfactory or effective defecation.

Irritable bowel syndrome - constipation can lead to depression and anxiety along with lethargy, attention deficit and abstinence. This is a vicious cycle. 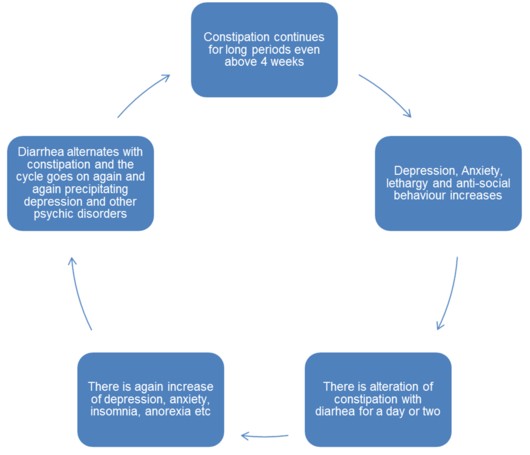 Managing IBS-C can be accomplished through the use of placebos, which have the effect of alternating the bowel habit.

Other conservative measures include a modification in life style, eating habits, an increase in the intake of healthy fluids or the use of laxatives.

To date, treatment at the molecular level is the only effective, safe, inexpensive and specific treatment.  Also, the importance of magnesium should neither be over emphasized or overlooked.

There are five reasons why a magnesium supplement is useful in treating IBS.

For the 80% of Americans who don’t get enough magnesium in their diet, supplemental magnesium may bring numerous health benefits.

An Ionic Sea Mineral supplement contains 106% of the US RDA of magnesium, plus numerous valuable trace minerals.

IBS is a matter of concern due to its high prevalence and the difficulties it brings to one’s lifestyle.

Although there is no organic cause and modern medicine is unable to precisely identify the numerous causes responsible for IBS, this form of chronic constipation can nevertheless be treated effectively.

The use of magnesium salts in the form of low sodium concentrated sea minerals is an effective way for patients to sidestep depression and anxiety over IBS and to live a healthier lifestyle. I recommend a regular daily intake of this magnesium supplement for more effective, prolonged results.

(Return from IBS Constipation to the Home Page)