Since ancient times, people all over the world have been using natural remedies for constipation.

Of these, castor oil, obtained from the seeds of the castor plant, Ricinus communis is one of the most popular because it is easily available.

Castor oil can be helpful for constipation

Castor oil is a pale yellow or colorless liquid that has almost no odor or taste.

When taken orally, it exerts a laxative action by stimulating peristalsis. When a person suffering from constipation consumes castor oil, he or she is able to go more easily...thus promoting castor oil constipation remedy. 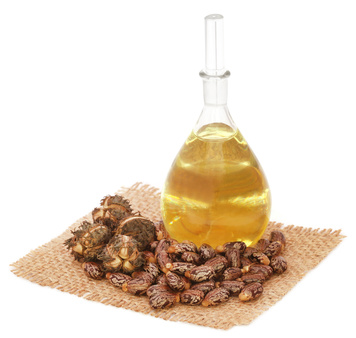 Castor oil has a laxative action because of the following reasons:

•    It contains ricinoleic acid that gets released and exerts a stimulatory action on the walls of the small and large intestines. As a result, peristalsis increases and this action pushes fecal matter out of the body.

•    It prevents the intestinal tract from absorbing liquids. This results in fecal matter staying moist, which makes it easier for it to pass through the colon.

Once a person consumes the prescribed dose of castor oil constipation remedy, it may take about 5 hours for it to result in a bowel movement.

The emptying of intestinal content is so thorough that some people do not have bowel movements for the next two or three days following a single dose of castor oil.

Although castor oil is an effective laxative, it is not recommended for long term use.

This is because of the side effects associated with it:

The last two effects are especially significant because when the body loses water, it also loses vital nutrients, including electrolytes. Constant use of castor oil may cause a significant loss of the electrolyte potassium, which can lead to serious electrolyte imbalances.

Mineral oil coats receptors in the colon wall, and can hinder absorption of nutrients. With continued use, it can also cause the absorption of fat-soluble vitamins from the intestines.

Equally important, regular use of stimulant laxatives is known to cause colon muscles to grow dependent on outside stimulation, resulting in impaired peristalsis and a worsening of constipation.

Faced with this situation, a person may find that he or she is unable to go without the daily dose of castor oil. The body simply gets used to the stimulant effect of the laxative and loses its natural impulse to stimulate bowel movements.

To guard against this, it is best to restrict the use of castor oil constipation remedy to 3 to 4 days. If constipation still persists, it may require a doctor’s attention.

Is magnesium a better option

From this analysis, it appears that the benefits of castor oil for constipation are miniscule compared to the risks.

Considering that there are safer choices than stimulant laxatives, it makes greater sense to go with a solution that does not have these disadvantages. Like magnesium, for example.

Unlike castor oil, which is stimulant laxative, magnesium is an osmotic laxative.

When an insoluble salt of magnesium, like magnesium sulfate, reaches the intestine, it does not get absorbed. Instead, it stays in the colon and by the process called osmosis draws in water from the membranes lining the intestine.

As a result, the stool absorbs this water, grows softer and increases in volume. This increased volume stimulates peristalsis, making it easier for the body to eliminate waste.

The important point to note here is that castor oil constipation remedy directly acts on the intestinal walls and stimulates peristalsis, which is why people can get habituated to its action.

Osmotic laxatives containing magnesium do not directly act on the intestine; rather, they hydrate the feces and increase its volume, leading to peristalsis.

Thus, magnesium-containing laxatives do not interfere with the body’s normal peristaltic mechanisms and therefore, they are not habit-forming.

The shortfall of magnesium laxatives

The best-known laxatives with magnesium as the active ingredient are Milk of Magnesia and Epsom salt.

While these are certainly effective laxatives, large doses, up to 9 times the US recommended daily allowance for magnesium, are required for effectiveness.

This places a burden on the kidneys to filter out excess magnesium, and may lead to magnesium toxicity, especially in people that have kidney disease.

These laxatives also tend to produce diarrhea when taken long-term.

A magnesium supplement, for long-term relief 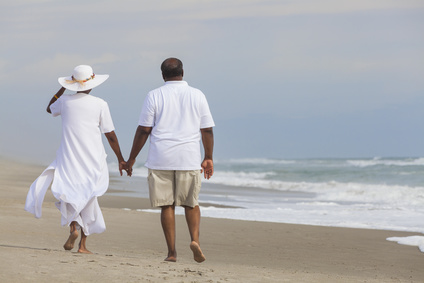 Taking a magnesium supplement may provide constipation relief without overdosing on magnesium.

Just a 1 teaspoon dose of concentrated sea minerals contains 106% of the US RDA of magnesium.

Taking this daily may provide enough magnesium for effective constipation relief. For the person not getting enough magnesium in their diet (80% of Americans probably don’t), taking a magnesium supplement may even provide numerous health benefits.

The magnesium in concentrated sea minerals can be taken before bed or in the morning. The dose may be adjusted each day to keep stool the perfect softness.

Castor oil is one of the oldest of popular constipation remedies.

Unfortunately, it is not entirely free from harmful side effects, especially for long term use.

People who suffer from chronic constipation are better off taking a magnesium supplement that is natural in its action and as gentle as it is effective.

Besides magnesium, concentrated sea minerals contains other valuable trace minerals that are often missing from our diets.