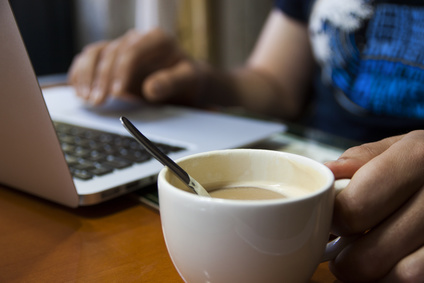 Throughout the day, we consume a variety of fluids, including water, tea, coffee, fruit juices and soft drinks.

While most people know that drinking water is the best way to hydrate the body, it would be helpful to know how other drinks influence our hydration.

For instance, how about coffee? In this article, we will review whether or not coffee can cause dehydration, and what can be done to prevent such dehydration.

How a diuretic works

A diuretic is a drug that is prescribed for patients who have too much fluid in their body. It works by pushing the kidneys to excrete extra fluids through the urine.

But how does a diuretic influence those who are not dehydrated? It will perform the same action, and flush away water that is needed by the body.

While a diuretic is a class of medication, there are other chemicals that may function as diuretics.

The caffeine in coffee is believed to have a diuretic action which then can lead to dehydration.

How coffee functions as a diuretic

In what way does coffee exert its diuretic effect? The caffeine present in coffee blocks certain receptors present in the small filtering tubules within the kidney.

By doing so, it reduces the re-absorption of sodium, which in turn can cause the kidneys to filter out a larger amount of water in order to flush out excess sodium, which is then passed as urine.

This effect is mostly seen when caffeine is consumed in doses of more than 300 mg per day.

Coffee and the urge to pass urine

One primary reason why coffee is believed to have a diuretic action is because once an individual has a cup of coffee, they may experience an urge to urinate.

This urge does not mean that this small amount of coffee is flushing too much water from the body.

There may be a number of different factors that play a role in diuretic effect, including:

There are different schools of thought regarding the action of coffee on the body. Some believe that it does possess a diuretic affect.

Others state that it does not clearly cause a significant loss of fluid from our system, leading to dehydration.

Does not cause dehydration

Most individuals on average drink no more than 2 to 3 cups of coffee a day. This is considered mild to moderate coffee intake.

In a study published in the journal PLoS one, the authors clearly suggest that moderate consumption of coffee only contributes to normal hydration of an individual rather than dehydrating them.

This effect is equivalent to consuming water as a form of hydration.

This was assessed by analysing the amount of urine that was passed over 24 hours and also other parameters within the union, such as urine osmolality.

Individuals who consume less than 100 mg per day of caffeine (called low caffeine users) do not demonstrate an increase in urination when compared to those who follow regular fluid intake and diet.

Does not worsen dehydration

Extensive reviews of studies that have looked at moderate caffeine ingestion and fluid balance have clearly stated that moderate consumption of coffee (and other caffeine containing drinks) by patients who are dehydrated will not compromise their fluid balance in any way. 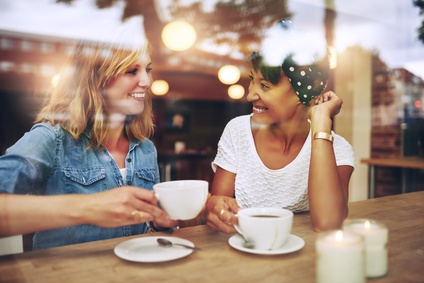 On the other hand, consuming large amounts of coffee is believed to exert some form of diuretic affect, bringing on dehydration.

Numerous studies have been published that have suggested that consumption of coffee (and other caffeine containing drinks) can cause a loss of significant amounts of fluid, especially if the dose exceeds 300 mg and is taken over a short period of time.

In other words, heavy coffee intake can have a diuretic effect, as follows:

Clearly, further studies need to be conducted assessing the effect of high intake of coffee on hydration status.

Drink your coffee and yet stay hydrated

It is possible to offset the diuretic effect caused by a high intake of coffee by taking other measures to stay hydrated.

While there do not appear to be any clear guidelines as to how to achieve this, it is likely that to be achieved by simply drinking more water in a day.

Fruit juices may also help in preventing dehydration. However, the problem with non-water drinks is that their other components, including additives and a large amount of sugar, can have a detrimental effect on health.

Water is undoubtedly the best drink for avoiding dehydration when consuming large amounts of caffeine.