Flatulence refers to the passing of gas from the digestive system via the anus.

Unfortunately, in many cases the cause of the gas cannot be determined. 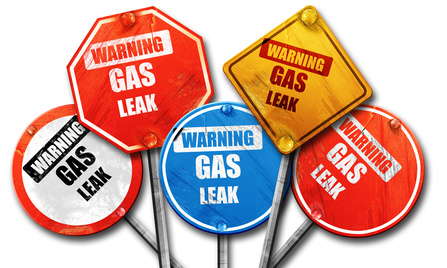 Flatulence is often be confused with belching and bloating. When bacteria in the intestines digest starches and sugars, it can result in flatulence.

Constipation can cause flatulence

Gas in the gastrointestinal tract is only created two ways.

It is either swallowed air or is produced by yeast and bacteria that normally inhabit the intestines, primarily the colon. Swallowed air is rarely the cause of excessive flatulence.

It is most always caused by yeasts and bacteria feeding on feces. When a person is constipated, they are more likely to suffer from gas. The stored feces make it harder to expel excess gas, resulting in further accumulation and discomfort resulting in constipation and flatulence.

Flatulence is often an indication that food has not been well digested and is kept in the colon long enough for it to putrefy and decay.

Here is how it happens:

Gas is often an indication of constipation

Studies have detected methane gas on the breath of 30 to 62 percent of healthy adults.

The only way this methane gas is produced is from the fermentation of undigested carbohydrates by flora in the gut.

That is why when methane gas is detected on one’s breath it has been directly linked to long-term constipation.  This makes it easy to understand just why constipation and flatulence are so closely related.

Constipation treatments can cause gas

Many agents used to treat constipation can cause flatulence.

Can flatulence hurt you?

Flatulence doesn't directly cause any harm. However, although most flatulence is a normal part of digestion, flatulence may indicate the presence of health problems.

Though constipation and flatulence many times go hand in hand, gas is a common symptom of several gastrointestinal disorders besides constipation:

Ways to reduce the possibility of flatulence

1. Diet. It may be possible to avoid gas by avoiding foods high in unabsorbed carbohydrates.

Here are some examples of foods that produce gas:

2. Exercise: Getting plenty of exercise can help improve the functioning of the digestive system and bowel. It has also been shown to help with bloating and the passage of gas.

3.  Swallowing air: Chew food slowly while eating to reduce the amount of air swallowed. This will also help with digestion.

Magnesium may be the best way to reduce or even get rid of constipation.

Magnesium pulls water into the colon due to osmotic effect, which helps moisten stool, making it softer, slicker, and easier to pass.

Over time, taking a daily magnesium supplement may help to evacuate excess stool from the colon and help to restore normal bowel movements.

A teaspoon of concentrated sea minerals contains just over 100% of the adult US RDA of magnesium. Magnesium has also been shown to help in muscle activity of intestines relieving from constipation. It also contains numerous beneficial trace minerals which can aid in the ridding of both constipation and flatulence.

Warning: As with any over-the-counter remedy, discuss it with your doctor before starting on a magnesium supplement. Supplemental magnesium may interfere with certain prescription medications.

Those with kidney disease should not take a magnesium supplement unless instructed to do so by their doctor.

Flatulence is often caused by gastrointestinal problems, including constipation.

It can often be reduced or prevented by changes in food and increased exercise. Taking daily magnesium can help keep the colon moving, thereby preventing excessive gas.