Forget hangovers. How about dehydration? Even a well-behaved happy hour can cause it.

Alcohol may seem like an innocent indulgence, but there is an after effect of this social lubricant that most people don’t think about that can compound hangover effects. 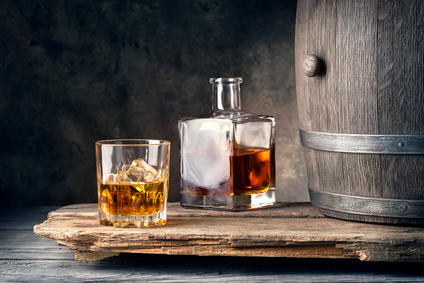 Alcohol interferes with the mechanism of the body that regulates water levels.

When this mechanism senses excessive water loss, a signal is sent to the pituitary gland to increase the secretion of ADH, which controls the function of the kidneys.

It regulates the rate at which urine is made, to help the body hold on to precious water.

As the blood alcohol rises, this metabolic regulatory mechanism sends a signal to the pituitary gland. The posterior portion of this gland stops releasing ADH (Anti-diuretic hormone), also called vasopressin.

When the release of ADH is blocked, our kidneys start releasing a greater amount of water from the body, leading to increased urination. Unless we compensate for this increased loss of water, it can lead to dehydration. Dehydration symptoms can make hangovers worse.

How to treat dehydration caused by alcohol

If you are consuming wine or alcoholic beverages, you need to take certain steps to counter dehydration.

So, next time you feel that terrible headache in the morning after a party the evening before, don’t go on drinking coffee (since coffee is also a diuretic).

Start your day with a chamomile tea that will act as a balsam to your stomach. Drink plenty of water mixed with electrolytes to replenish your body.