The human body is composed largely of water. Recently there has a greater focus by the medical community on dehydration in the elderly.

Changes in fluid homoeostasis in elderly patients are associated with a number of different illnesses and a higher mortality rate (Lavizzo-Mourey R, 1988).

Therefore, it is important that dehydration be addressed early on so that treatment options can be explored and  the appropriate steps taken for re-hydration.

Dehydration combined with other health issues account for the majority of hospital admissions of elderly patients.

Clinical research has shown that as we get older, there are changes in:

Dehydration has an impact on both the kidneys and mental function. Dehydration is a risk factor in the development of:

Causes of Dehydration in the Elderly 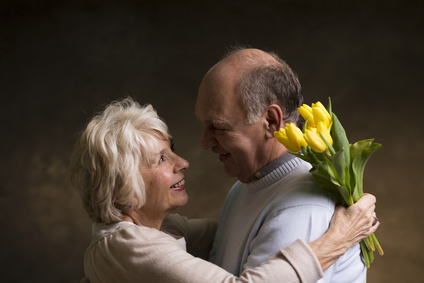 Dehydration in the elderly can occur due to:

Over time, it is not uncommon for dehydration to start affecting vital systems of the body, mental function and quality of life.

Loss of body fluid many times results in the loss of important electrolytes, including sodium, potassium, magnesium and calcium, worsening the person’s condition.

Identifying the clinical signs and symptoms that suggest dehydration in the elderly is the most important step in commencing treatment.

This can be rather difficult task particularly because changes in the skin and muscle tone can sometimes be purely due to advancing age rather than dehydration.

For example, as we get older, the skin appears a lot drier and thicker, which could be due to age and not necessarily a result of dehydration (Berardesca E, 1990).

In a study that assessed complaints made by elderly patients who were dehydrated, the following symptoms were noted:

While these symptoms were rather specific to dehydration, having these symptoms does not actually confirm that the individual is dehydrated (Dorrington, 1981).

Other Markers of Dehydration

Dehydration is not always about a deficit of total body water.

It is also measured in these ways:

These useful markers help to indicate the degree of dehydration, and can serve as a guide for the management of the elderly patient.

Managing dehydration in the elderly can be rather difficult. Many times, relying on the observation and input of the patient is ineffective.

Dehydration in the elderly is a rising problem that requires aggressive management.

In most cases, electrolytes need to be added to drinking water to replace electrolytes that have been lost, especially through diarrhea or vomiting.