The human body requires a complex cocktail of nutrients to help it function.

Among these, electrolytes are one quite important, primarily due to the role that they play in maintaining normal cellular function and physiological homeostasis.

But what exactly are electrolytes? How can one define them? Lets take a closer look.

The Merriam-Webster dictionary defines an electrolyte as:

‘any of the ions (as of sodium or calcium) that in biological fluid regulate or affect most metabolic processes (as the flow of nutrients into and waste products out of cells)’ (Merriam Webster dictionary, 2014).

Medline defines electrolytes as ‘minerals in the blood that carry an electric charge’.

Electrolytes are always in ionic form 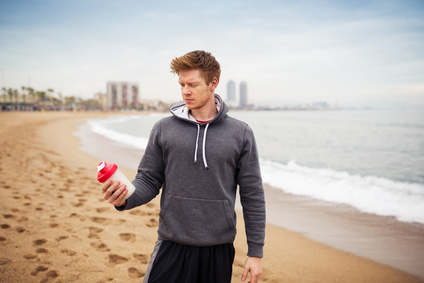 Electrolytes are minerals existing in ionic form. That is, they are individual atoms not bound to any other elements.

If not already in a salt form, every mineral that the body wants to utilize as an electrolyte must be converted to ionic form. Chemical bonds to any other atoms must be broken and those atoms stripped off. Of course, if a mineral is already in ionic form (salt form), it may be immediately utilized by the body.

Electrolytes that are present in the body are responsible for maintaining normal muscle contraction and relaxation along with regulating the amount of acid within the blood (called pH).

An array of trace electrolytes found in the body may serve important functions, as is suggested by numerous scientific experiments but are only needed in trace amounts.

This is a common electrolyte that we may actually get too much of through processed foods and table salt. Nevertheless, it is an important electrolyte.

This is an important electrolyte defined to help control cardiac function along with the function of nerves and muscles.

It works in close conjunction with sodium in regulating complex physiological processes.

This is also important in maintaining normal cell homoeostasis and bowel function.

Most of the magnesium in the body is found within bones and in the cells, helping to maintain its genetic integrity (Hartwig, 2001).

Magnesium also works in close collaboration with sodium and potassium to maintain normal muscle contraction and relaxation. It is quite important for strong, healthy teeth and bones.

This forms an important part of bone and tooth structure.

In addition, it helps to maintain healthy conduction of nerve impulses along and in between nerve fibers.

These are essential for the synthesis of the basic building blocks of DNA and for the release of energy within the cells.

In addition, it is bound to calcium and magnesium for bone and tooth structure. Phosphates help to maintain normal acidity within the cells.

This is closely related to sodium. It is responsible for the movement of sodium into and out of cells.

Many times, chloride is absorbed along with sodium in exchange for bicarbonate within the cells. This helps the body maintain normal blood cell function and pH (Russell, 1976). Chloride is also an ingredient of stomach acid, needed for proper digestion.

This is responsible for maintaining a normal blood pH. It is an important buffer within the blood stream. Low levels of bicarbonate in the blood can make an individual become sick.

This is because bicarbonate is responsible for maintaining health of nerve fibers and muscles, and is needed for the function of vital organs.

Though only needed in trace amounts, trace mineral electrolytes are defined by serving valuable function.

Unfortunately, trace mineral electrolytes are quickly disappearing from the foods we eat, mainly through the use of modern day chemical fertilizers that only contain the major minerals.

One of the best sources for trace mineral electrolytes is the ocean, where all 76 elemental minerals exist in what has been described as a perfect balance. Low sodium Ionic Sea Minerals are a great choice for electrolyte replacement.

Another excellent way to get the full spectrum of elemental minerals is by eating seaweed. 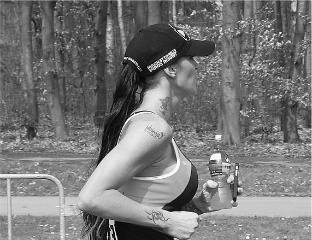 Sometimes, eating a normal diet will not supply the right amount of electrolytes for a healthy body, especially in times of illness or strenuous physical exertion.

Concentrated Ionic Sea Minerals contain an excellent balance of most of the major electrolytes as well as the full spectrum of trace mineral electrolytes.

For individuals who have lost electrolytes due to vomiting or diarrhea, taking a diuretic (including excessive caffeine or alcohol) or from strenuous physical exercise, Ionic Sea Minerals are an excellent means of replenishing lost reserves.

Hartwig, A. (2001). Role of magnesium in genomic stability. Mutation Research/Fundamental and Molecular Mechanisms of Mutagenesis, 113 - 121.