Changing to a low carb diet, especially one rich in trace minerals, is the first step in reversing Type 2 diabetes.

Another important element is building muscle mass. New muscle will enable the body to store sugar in muscle instead of creating new fat cells.

In this article Dr. Mercola takes a look how magnesium may also help in lowering blood sugar. 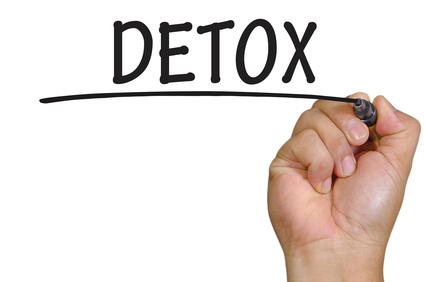 Magnesium is the fourth most abundant mineral in your body. If you don't have enough of it, your body simply cannot function at its best. Insufficient cellular magnesium levels set the stage for deterioration of proper metabolic function that typically snowballs into more significant health problems.

As reported by GreenMedInfo,1 researchers have now detected 3,751 magnesium-binding sites on human proteins, reflecting how important this mineral is to a great many biological processes.

For example, magnesium plays a role in your body's detoxification processes and therefore is important for minimizing damage from environmental chemicals, heavy metals, and other toxins.

Even glutathione, considered by many to be your body's most powerful antioxidant, requires magnesium in order to be produced.

This important mineral is required by more than 300 different enzymes in your body, which play important roles in the following biochemical processes, many of which are crucial for proper metabolic function:

Low magnesium levels consistently
found in those with elevated insulin

In just the past year, there have been several significant studies about magnesium's role in keeping your metabolism running like a well-oiled clock—specifically in terms of insulin sensitivity, glucose regulation, and protection from type 2 diabetes. Here are just a few:

Why is magnesium so critical
for proper metabolic function?

The mechanism by which magnesium controls glucose and insulin homeostasis appears to involve two genes responsible for magnesium homeostasis.6 Magnesium is also required to activate tyrosine kinase, an enzyme that functions as an "on" or "off" switch in many cellular functions and is required for the proper function of your insulin receptors.

It is well known that people with insulin resistance also experience increased excretion of magnesium in their urine, which further contributes to diminished magnesium levels. This magnesium loss appears to be secondary to increased urinary glucose, which increases urinary output.7

Therefore, inadequate magnesium intake seems to prompt a vicious cycle of low magnesium levels, elevated insulin and glucose levels, and excess magnesium excretion. In other words, the less magnesium your body has, the less it appears to be able to "hang onto it.8

Rarely do so many studies from around the world find universal agreement on a subject! The evidence is clear: if you want to optimize your metabolism and keep your risk for type 2 diabetes low, one of the things you need to do is consume adequate magnesium. Unfortunately, this is not the norm, as an estimated 80 percent of Americans are magnesium deficient.

Are your magnesium levels up to par?

Dietary surveys suggest that the majority of Americans are simply not getting enough magnesium from their diets alone. Other factors that can make you more prone to magnesium deficiency include:

There's no lab test that will give you an accurate reading of the magnesium status in your tissues. The reason for this is that only one percent of the magnesium in your body is found in your blood. Fifty to 60 percent resides in your bones, and the remaining is in your soft tissues. Since most of your magnesium is stored inside your cells and bone rather than in blood plasma, there are no satisfactory blood tests for assessing it.

That said, some specialty labs do provide an RBC magnesium test, which is reasonably accurate. Other tests your doctor may use to evaluate your magnesium status include a 24-hour urine test or a sublingual epithelial test. Still, these can only give you an estimate of your levels, and doctors typically need to evaluate them in light of the symptoms you exhibit. Early signs of magnesium deficiency may include headaches, loss of appetite, nausea, and vomiting, and fatigue or weakness. However, ongoing magnesium deficiency can lead to far more serious symptoms such as:

In her book, The Magnesium Miracle, Dr. Carolyn Dean lists 100 factors that will help you decide whether or not you might be deficient. You can also follow the instructions in her blog post, "Gauging Magnesium Deficiency Symptoms,"9 which will give you a checklist to go through every few weeks. This will help you gauge how much magnesium you need in order to take away your deficiency symptoms.

Most people can keep their magnesium levels in the therapeutic range without resorting to supplements, simply by eating a varied diet, including plenty of dark-green leafy vegetables. 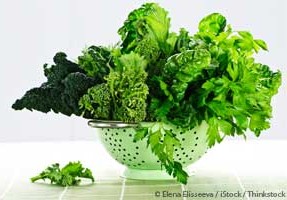 However, it is important to remember that the magnesium content of your foods depends on the richness of magnesium in the soil where they're grown. Most soils are now sorely depleted of nutrients, and for this reason, some magnesium experts, such as Dr. Dean, believe that virtually everyone needs to take supplemental magnesium. Organic foods may have more magnesium if grown in nutrient-rich soils but it is very difficult to make that determination.

One way to really increase your magnesium, as well as many other important plant-based nutrients, is by juicing your greens. I typically drink one pint to one quart of fresh green vegetable juice every day, and this is one of my primary sources of magnesium. An article in GreenMedInfo lists more than 20 foods that are exceptionally high in magnesium, including the following (for the full list, please refer to the original report). All listed portions equate to 100 grams, or just over three ounces:

The current government guidelines for magnesium intake among adults call for 300 to 420 mg per day (depending on your gender, age, pregnancy, and lactation), but many people consume less than 300 mg per day.

The current research would suggest that many

would benefit from a higher intake,

A magnesium supplement may be taken to make up for a lack of magnesium in the diet. Magnesium is lost in sweat during exercise and used up in higher amounts when a person is under stress.

One of the major benefits of getting your nutrients from a varied whole food diet is that you're less likely to end up with too much of one nutrient and not enough of another. Foods in general contain all the cofactors and needed co-nutrients in the proper ratios for optimal health... the wisdom of Nature takes out the guesswork. When you're using supplements, you need to become a bit savvier about how nutrients influence and interact with each other.

For example, it's important to maintain the proper balance between magnesium, calcium, vitamin K2, and vitamin D. An appropriate magnesium to calcium ratio is currently thought to be 1:1, according to Dr. Dean who has studied this issue for the past 15 years. To learn more, please see my recent interview with her, in which she discusses the health benefits of this important mineral.

These four nutrients work together synergistically, and lack of balance between them is why calcium supplements have become associated with increased risk of heart attacks and stroke, and why some people experience vitamin D toxicity. To learn more about this, please see our previous article that delves into this topic in some depth. The above video focuses on the role of vitamin K, specifically.

Type 2 diabetes, which involves loss of insulin and leptin sensitivity, is easily preventable, and nearly 100 percent reversible without drugs. However, preventing this terrible disease requires a multi-faceted approach. Getting adequate magnesium is just one part of the formula. The primary driving force behind obesity and type 2 diabetes is excessive dietary fructose, which has adverse effects on all of your metabolic hormones, so it's important to address the sugar in your diet, particularly fructose. Other critical lifestyle factors include exercise and optimizing your gut flora.

If you've been diagnosed with type 2 diabetes, it is best to avoid the pharmaceutical approach. Diabetes drugs fail to address the underlying problem, and many, like Avandia, can have dangerous side effects. Avandia is linked to 43 percent increased risk of heart attack and 64 percent higher risk of cardiovascular death, compared with other treatments. For more tips on how to steer clear of the diabetes zone, refer to my comprehensive diabetes article.

Click here to view the above Mercola article on his site.

In most if not all cases, Type 2 diabetes can be reversed with diet and exercise. Certain supplements, including magnesium, may help to lower blood sugar naturally.

(Return from Magnesium Diabetes Link to Magnesium for Constipation) 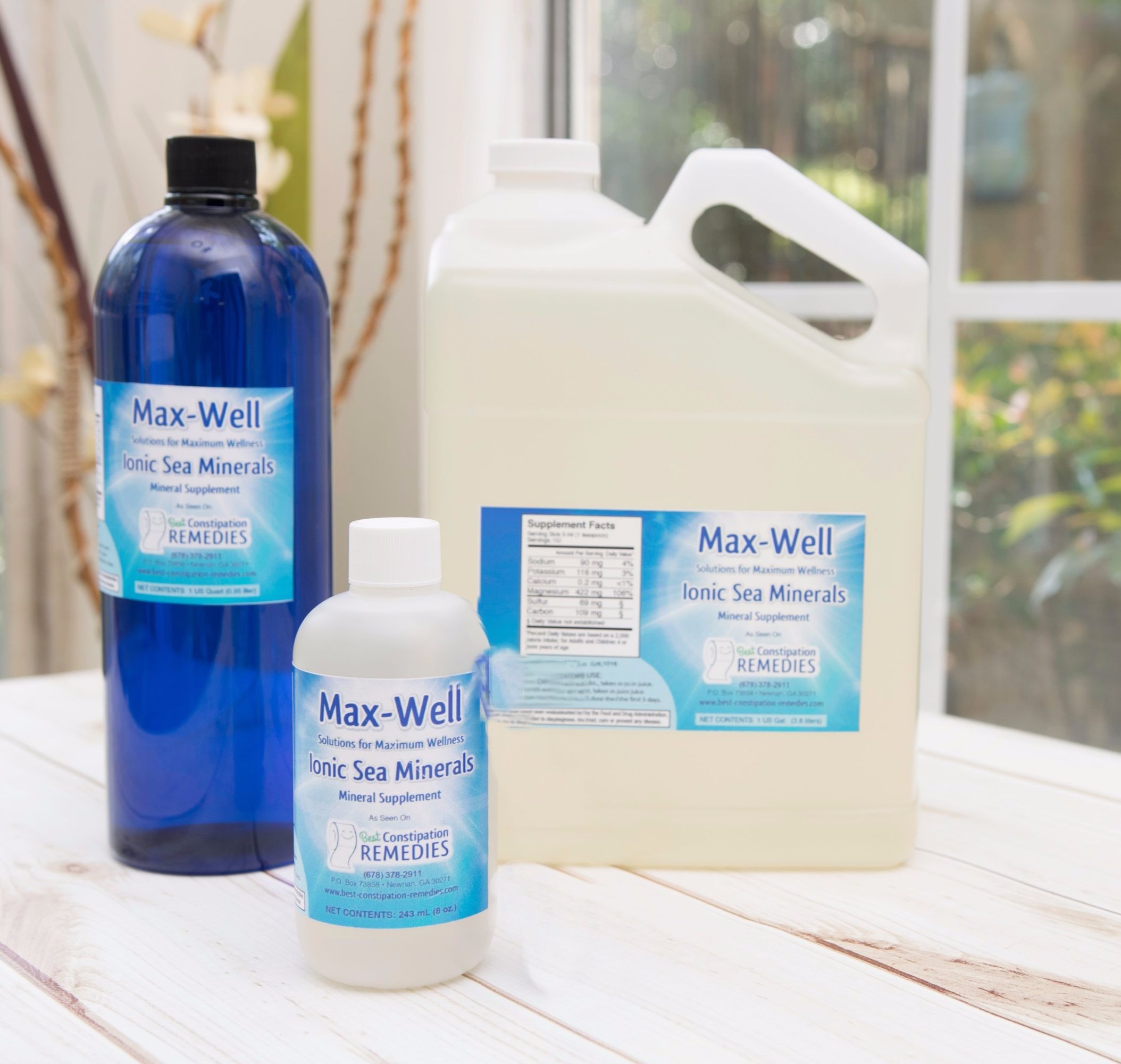