What is an Electrolyte

What is an electrolyte

Electrolyte is a medical term to describe salts. More specifically, it refers to ions that carry a particular electric charge – either positive or negative.

Besides salts, other substances such as acids and bases that can form ions when added into suitable solvents are also called electrolytes.

Electrolytes are the ions found in body fluids, distributed through the blood. Electrolytes needed by the body include chloride, calcium, magnesium, potassium, sodium and phosphorus, along with numerous trace mineral electrolytes.

There are complex mechanisms that carefully control the concentration of the different electrolytes in the human body.

This is vital, since electrolytes play such a critical role in various bodily functions, including muscle and nerve operation.

Electrolyte levels have a direct impact on how much water is retained in the body. Not only do they affect hydration, but also blood pressure and the pH of the blood.

Neurons and muscles in the body are considered electric tissues. Electrical activity drives a large number of activities, such as muscle contraction and the transmission of nerve impulses.

For example, muscle contraction requires a particular concentration of calcium, potassium and sodium ions. Any change in the levels of these electrolytes can lead to too little contraction or too strong a contraction. This, in turn, can lead to major problems in muscle function.

The amount of water in the body is directly related to the concentration of electrolytes it holds.

Whenever a person becomes dehydrated, there is corresponding change in the level of electrolytes. This electrolyte imbalance can lead to several problems in the normal functioning of the body.

Whenever there is fluid loss in the body, there is also a loss of electrolytes.

Common conditions of fluid loss include:

Electrolyte imbalance is a potentially dangerous situation. It is important to diagnose it early.

Some of the most common symptoms of electrolyte imbalance include:

When there is a loss of body fluid, it is vital that this fluid, plus the electrolytes it contained, be replenished.

Many vegetables and fruits are rich in minerals and regular consumption of these can help to keep electrolyte levels within a healthy range. 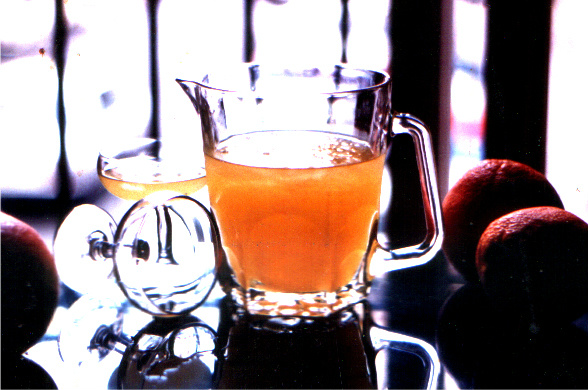 Although fruits are rich in electrolytes, it may be inconvenient to consume them regularly.

If time is a constraint, it makes sense to occasionally drink natural fruit or vegetable juices made from whole fruits and vegetables.

These juices contain the same electrolytes as the plants they were taken from and can help to replenish electrolytes.

Quite a few of these, such as Gatorade, are marketed specifically as sports drinks for their ability to replenish electrolytes lost during exercise.

Although the commercially available sports drinks are a source of the vital electrolytes, they have their shortcomings.

It makes sense to look for an electrolyte drink that contains the needed minerals but not the other additives.

4. Make your own electrolyte drink

Making your own electrolyte drink mix with Ionic Sea Minerals as an ingredient may be the perfect solution for maintaining or replacing electrolytes.

This refreshing drink can provide all the electrolytes necessary to replenish what was lost from heavy sweating, vomiting, diarrhea or from the use of a diuretic.

One of the best ways to flavor this homemade electrolyte drink is to add in some lemonade.

In a taste test of major brands of natural lemonades, Crystal Light Pure (Amazon, crystal light pure) had the mildest, most pleasing taste.

Of course, you can experiment to find the flavoring that you like best.

Children are more at risk than adults for dehydration and subsequent electrolyte imbalance.

This is especially true of infants and young children who have a sickness that results in vomiting or diarrhea.

The above electrolyte drink can be very beneficial for such children. When given with a delicious flavoring, it is a great way to help them to rehydrate.

Animals like race horses that are exercised hard also need a good electrolyte product. Just giving a horse water to drink will not replenish needed electrolytes, nor will a salt lick.

If the horse grazes, fertilizing with a sea mineral fertilizer is a great way to get them the electrolytes they need. A sea mineral concentrate may also be added to their drinking water.

Conclusion, what is an electrolyte

When someone suffers from dehydration due to excessive sweating, diarrhea or vomiting, the body suffers from the loss of both fluids and electrolytes.

A loss of electrolytes can affect all major bodily functions and therefore, it is imperative to make up for any such loss.

There are numerous ways to replenish lost electrolytes, including through foods, drinks, sports drinks and a home-made electrolyte drink.

(Return from What is an Electrolyte to Home Page)